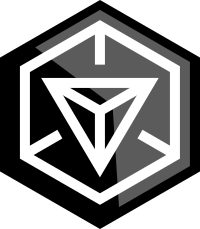 Weapon models you can actually use, agent tracker, and intel lwp (just for fun)

1) weapon models: I recently met an Enlightened agent I have a neutral pact with who also plays Pokemon Go (I don't) and he had a keychain pokeball device he uses to catch Pokemon with (the button lights up when a Pokemon device is nearby and when you press a button, the light changes to a different color which indicates your attempt to capture it and the light turns red if it got away and if you don't capture it) and it got me to thinking, "why not have something like that for Ingress?" What I mean is having an electronic model of weapons (XMP bursters mostly) that can light up if you are in range of a portal (silver light for gray portals, green for Enlightened, and blue for Resistance) and using XMP bursters fie example, you press and hold the center part down to charge it up (if you want to inflict more damage on resonators) and the piece starts glowing bight yellow and makes a bursting sound when you release it, but the light slowly dims down, indicating drainage of XM which you can recharge using your phone (using a Bluetooth or something).

2) Agent tracker: an agent tracker being added to your scanner would identity any agent (whether its Enlightened or Resistance) that is nearby. When an agent is detected nearby, your scanner will alert you by saying "*faction* agent detected nearby " and there will be an arrow icon indicating the other agent so you can decide what to do (no names would be revealed)

3) Intel LWP: this, as explained on the title, is just a bonus idea. We've all gone on Ops in-game and we would tap on Intel to see that spinning planet mixed with green and blue with that little pairvof bars on the left telling everyone which side is in the lead so why not have a live wallpaper where agents can wake up to seeing whose in the lead and its on auto update so agents can keep track of the worldwide result.

These are just suggestions, nothing more.

Opps, no comments yet

Don't be shy, feel free to add your comment on this rule for other players to see.